February 24, 2018 marked a milestone for me. It's been five years since my double lung transplant. Five years I would not have had without the generosity of my donor's family.

Five years also feel like such a short time. It'd only a blip in a person's life. We look back and wonder, "Where has the time gone?" In the beginning, it seems like so much sand is in the hour glass. As time goes on we realize there isn't as much sand as you thought.

Five years both long and short. So many great memories, yet, not enough. Funny how that works.

I remember the events leading up to my transplant. I had been listed and had been told it would take at least a year before a match would be found. The night of February 13, 2013, I had just returned from an appointment at Stanford. I was exhausted from the four hour drive. I went to bed and fell asleep. Around 11pm, I woke up with my heart racing. I checked my stats (I have a finger pulse ox at home).  My pulse was over 150 and my Oxygen was height 80s to low 90s. I called 911. I was taken to a local hospital where my boyfriend met up with me. He endured the ER nightmare (they weren't equipped to deal with a CF emergency). My boyfriend ended up calling UC Davis and they instructed him to request me being transferred there. The request was put in and I received a helicopter ride to UC Davis Medical Center. I spent the next several days in the ICU. I was set up with a moisturized high flow for my oxygen. My boyfriend had to get creative about how to celebrate Valentine's Day in an ICU. Hint: battery operated candles, box of chocolates, large Teddy bear, a peanut butter milkshake, and a Star Wars marathon. Dates can definitely occur in the hospital! It was a memorable first Valentine's Day.

February 23 was my first day out of the ICU and on a normal ward! My sister and I decided to have a Girl's Night, Safeway mac'n cheese and a movie. I was about to take a bit of hot gooey mac'n cheese and my cell phone rings. "Miss Cortez?, We have a set of lungs for you. Don't eat or drink anything." Everything turned into a whirlwind. Lots of phone calls and tears. Nurses, I've known forever, came and wished me luck. It was a farewell and good luck on my next journey type of moment. 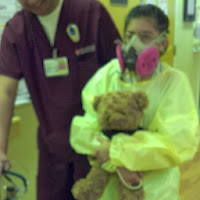 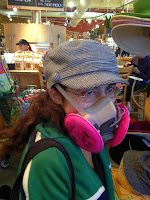 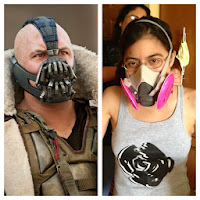 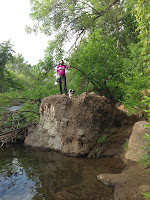 Another helicopter ride later, I was in Stanford. At 12:00am, I was placed on the operating table. My new journey had begun!


I was able to meet my niece and nephew. They were born after my transplant. I returned to Children's Ministry for three years. Did the Thanksgiving 5K, twice. Went on s verbal hikes. Celebrated five extra birthdays. Worked a couple of jobs. Started a tutoring business. I like to believe I've helped a handful of kids with more than academics. I travelled to Colorado. Hiked into the Rockies. Travelled over 12,000 feet above sea level. I got married to the awesome man who was by my side for the transplant process. Went to the Giroy Garlic Festival (garlicky goodness everywhere!). Saw a wild sea ottter. Visited the Monterey Aquarium. Watched my grandmother celebrate her 70 birthday. And relented saw my other grandparents celebrate their 75th birthdays. There's so many joyful things I have experienced these last five years.

There has been so much joy, but also many painful losses. I had a round of rejection that took several months to clear up. I had to have stomach surgery. I've had multiple sinus surgeries. And still deal with the head of medical insurances. I've had to say goodbye to my Uncle Phil, my Grandpa Ed, Tina (my second mom), and my Granny. Experience the Loma Rica fire take my granmother's house (so many memories in that place), yet it spared my family's Ranch.

There has been a lot of sadness in the last five years. But there's also been a lot of joy. And the joys have outweighed the pains. I am hoping to see another five years of adventure.
Posted by Fight To Inhale at 3:09 PM