Probably the only good thing about having Cystic Fibrosis is the amount of calories we have to consume everyday. The amount of weight we lose when we can't make our calorie quota, is not so good. I have worked hard trying to find that balance. I can get away with eating three servings of pasta for dinner on a daily basis. While this recipe is not pasta related, it's definitely tasty. Non CFers can enjoy this dish too, but as a side or appetizer during a game. CFers, enjoy as much as you want! 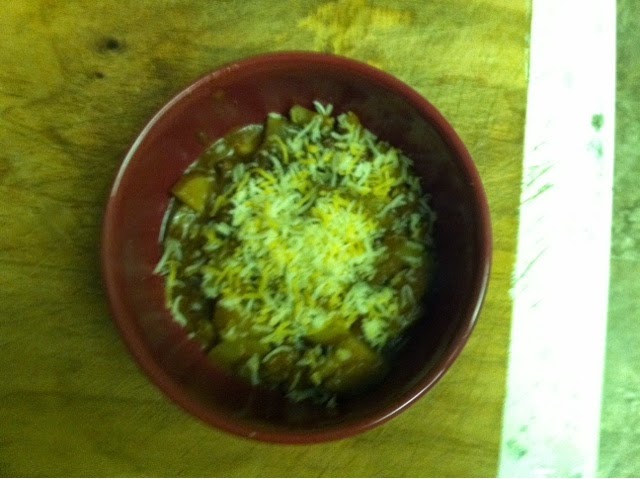 Slice the potatoes however you like. For this article, I sliced them thinly. Usually, I prefer wedges. Toss the potatoes and taco seasoning together.  Heat the oil in a pan over medium-high heat.

Add the potatoes. Cook the potatoes. Add water to prevent the potatoes from burning. Stir regularly. Once potatoes are cooked (can be pierced with a fork) add in the chili. Cook until the  chili is heated through. Turn off the heat and add the cheese. Stir to mix the cheese in. Serve with more cheese spread on top.

Posted by Fight To Inhale at 7:03 PM No comments:

A Patient's View On Rejection 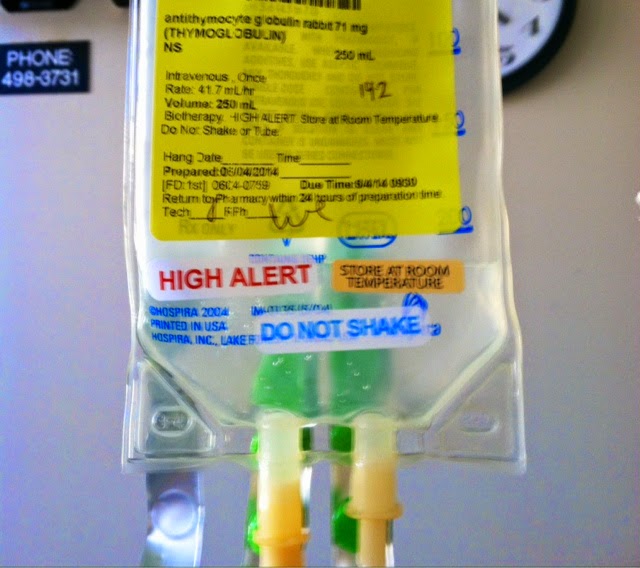 I've been MIA for the past few months. After my last posting, doctors found rejection in my lungs. It's been a stubborn bout of rejection. The first time they discovered it, I had A2 rejection and was given high dose steroids. The second time the rejection was found, it had gone down to A1 so the doctors let it be. The third time it had jumped to A3 rejection, so I was hit with high dose steroids again. The fourth time the rejection had gone down to A2. Since rejection had been found four times in a row, the doctors decided to do something more drastic. They sent me to the hospital and gave me ATG (also known as the Rabbit).

The steriod rounds were exhausting. I would get admitted for three days. Each of those three days, I would receive 500mg of solumedrol (IV version of prednisone). That stuff is not fun. I wound up with severe insomnia. I felt exhausted but couldn't sleep. And TV was horrible, so I couldn't use that to keep me occupied. I got irritated with a doctor because he came in early one morning and realized I had been up all night knitting.  His response was, "At least you're keeping yourself busy." It took a lot of self control to not blow up at him.

The high dose steriods also messed with my taste buds. For the first couple of hours after receiving an infusion food would taste bitter. The first time it happened, I hadn't been warned about the change in taste and I drink some milk. It tasted like it was spoiled. I thought that I had been given spoiled milk. When I tasted water, it was so bitter I had to force myself to drink it. I finally went online and read about other people's experience with high dose steriods. There I learned about the change in taste. Some patients even warned to wait two hours after finishing an infusion before eating anything. Was definitely good advice.

The other issue I noticed with the high dose steriods was that my anxiety went through the roof. I couldn't handle more than a couple of people at a time in my room. That made it hard since the transplant team is like a mini mob, all wanting to come in my room at the same time. I wanted to scream. I'm sure the severe lack of sleep did not help my situation any.

My latest hospital trip lasted 10 days. It was pretty hard, both physically and mentally. Since I had shown rejection four times in a row, the doctors brought me in to treat me with a heavy hitter. It was called Antithymocyte Globulin Rabbit (ATG or Rabbit). Because of having Cystic Fibrosis, I have taken some harsh medications. None have ever knocked me on my rear like ATG did. The first dose made me tired, and fuzzy brained. SB said I sounded drunk. I had trouble focusing. I had a horrible headache. My right sinus swelled up, and the right side of my body got really sore. I felt as if all my energy had been sucked out. Something as simple as getting up to use the bathroom felt exhausting. The following day, I felt like I had the the flu. I had a slight fever, a headache, fatigue, and achiness all over. I felt miserable.

The way they did the ATG was a six hour infusion one day and then a day break. I had four treatments over ten days. At one point I got a two day break because my kidneys pitchecd a fit. Don't blame them.

ATG works by attacking the T-cells in the body. T-cells are the body's soldier cells. By attacking them, the immune system is being attacked. The idea is to destroy the immune system and then let it rebuild, hopefully the transplanted organ stops being attacked by the new T-cells. We will see if it works. The treatment left me worn out. I've been home a week and still don't feel like I've had enough rest. I have to be extra cautious about my exposure to germs. So it's extra santizing, and wearing my mask more often. Also avoiding large crowds. That part has been hard because How To Train Your Dragon 2 is in theaters right now and I really want to see it.

And to top off all the medical issues, SB was hit by a car on his way home from work. He was on his bike and someone ran a red light. He survived, just dealing with getting himself checked out. He's on medical leave from work. His bike is a mangled mess. Bills from that are mounting. And his not being able to work makes it hard for him to pay his rent or buy food.

So between my constant Stanford visits and SB's accident, we haven't had time to stop for a breath. I keep hoping things will calm down soon. Both of us need a vacation.

To say it has been a roller coaster is an understatment. Going in and out of the hospital makes it hard to do normal things like find a job or spending time with friends.

Posted by Fight To Inhale at 3:05 PM No comments:

I have made it to my first Lung-iversary. Let the celebrating begin. Of course I'm celebrating by having a bronchoscopy . There's no other way to celebrate a huge milestone like being sedated and having a tube shoved down your throat.

Seriously, though I am very thankful. I'm thankful to my donor and his/her family for making such a gift. I am thankful to everyone who provided support financially, spiritually, emotionally, and  physically.

As a special thank you, I've posted some pictures of my past year.  Without your support it would not have been possible. 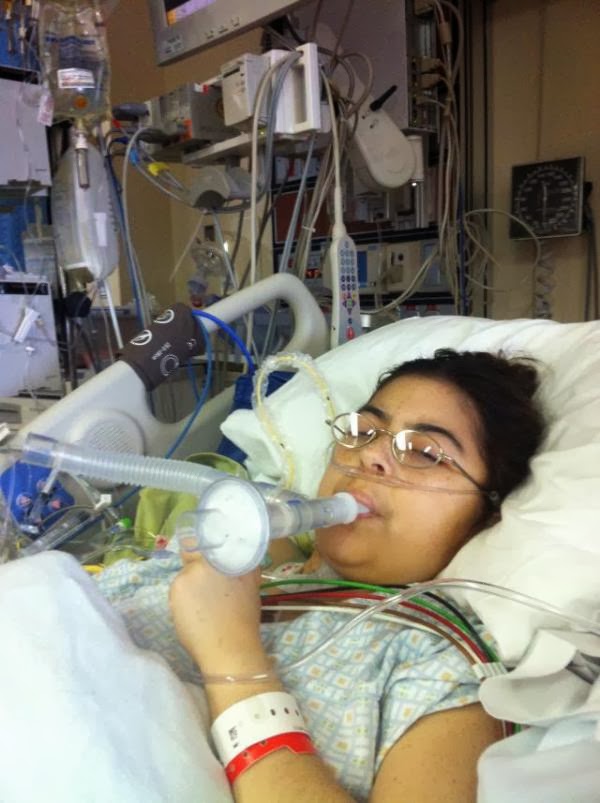 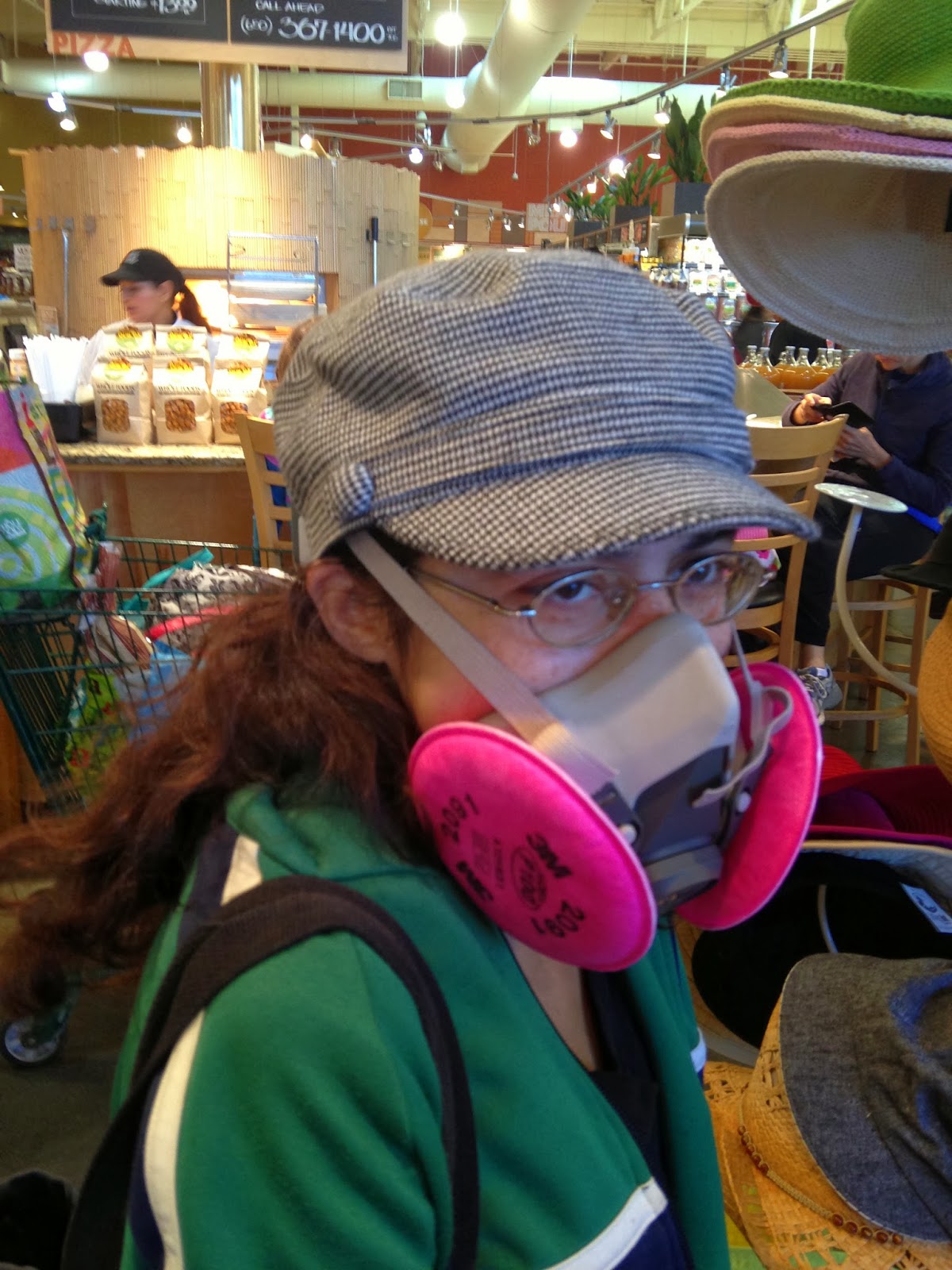 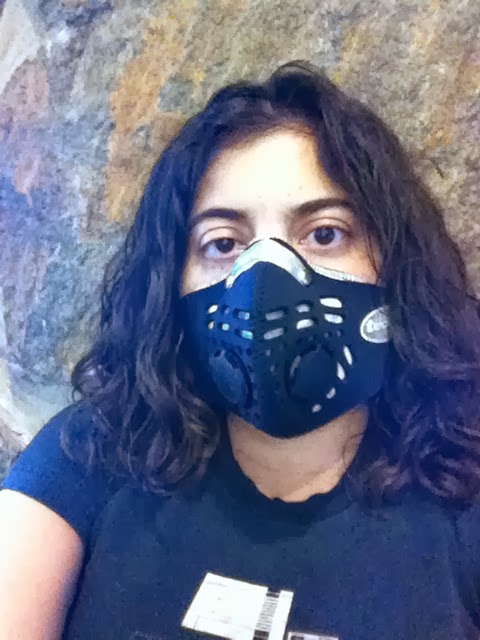 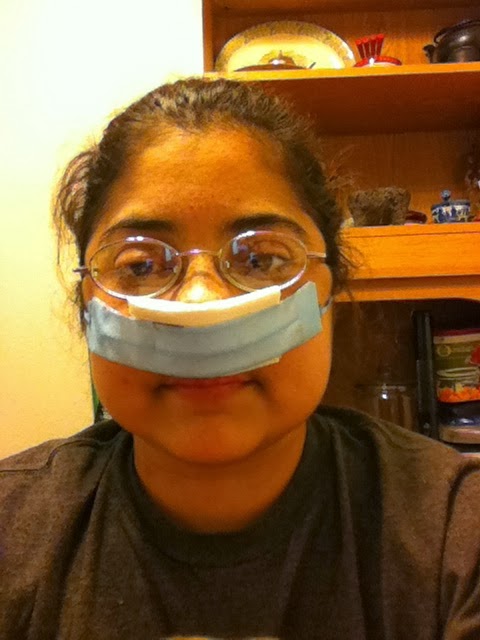 I hope you've enjoyed a look back at my first year post transplant. I would love to be celebrating again next year, but I can't do that without your continued support. As my lung-iversary is on February 24, I am asking for a humble donation of $2.24 to help with continued transplant expenses.

Posted by Fight To Inhale at 12:00 AM No comments: